The Center of Plant Systems Biology and Biotechnology (CPSBB) was established as an autonomous legal research entity in Plovdiv, Bulgaria, in 2015 with the help of the H2020 Teaming project PlantaSYST. The CPSBB has five major partner organizations, as well as the support of the Bulgarian Government, Plovdiv Municipality, and several universities, research institutes, and companies across the world. The strategic objectives of the CPSBB are: 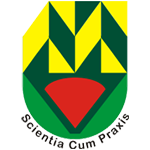 Maritsa Vegetable Crops Research Institute (VCRI) Plovdiv (P2) is one of the oldest (established in 1930), the largest, and of utmost national significance research institutes in the system of the Bulgarian Agricultural Academy (BAA). It conducts both basic and applied research dedicated to vegetables breeding. The main structural sections of the institute are (1) Selection, introduction and seed production, and (2) Technologies in vegetable production. In these sections is carried out the main research activity of VCRI which on one hand aims at the creation of new highly productive varieties and F1 hybrids in accordance with the current requirements of consumers, producers and manufacturers and on the other hand – at the establishment of technologies for optimal growth and development of the new varieties and hybrids with minimum impact on the environment and human health. An important unit within VCRI is the Centre for Technology Transfer, which realizes the contact between researchers and producers. It is no coincidence that the logo of the institute is “Scientia cum praxis” – science directed towards practice. VCRI (Director Prof. Dr. Stoyka Masheva) possesses fields in the open and cultivation facilities (greenhouses) with a total area of 180 ha. In addition, growth chambers allowing full control of temperature, light and irrigation as well as a vegetation house for in vitro experiments with control of the microclimate by means of green energy are also available. There is also a germplasm-bank for short-term conservation of vegetable crop seeds at 40С. Due to a number of successful European and national projects in the recent 10 years, the institute owns modern research facilities which meet the criteria of the European research community. The team of Assoc. Prof. Dr. Dimitrina Kostova is a blend of young and experienced scientific personnel, who have specialized in leading European universities and institutes and apply the newly acquired know-how in the laboratories of VCRI. The newly created varieties and technologies for many vegetable crop species may serve as an evidence for the successful application of this scientific knowledge. The PI Dr. Kostova herself is a scientist with many years of research and administrative experience. She has specialized in leading labs in UK and Italy and has been the coordinator of several big research and infrastructural projects, including a 1 000 000 EUR-project within the REGPOT frame of FP7. She is the current director of the Division for International Cooperation of VCRI. 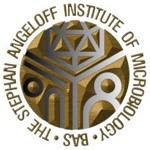 The Stefan Angeloff Institute of Microbiology, Laboratory of Metabolomics Plovdiv (P3) of the Bulgarian Academy of Sciences is a national research center part of the Stephan Angeloff Institute of Microbiology (IM). IM conducts basic and applied research in the fields of common, practical and infectious microbiology, immunology, virology and biotechnologies. Since 2004 IM is associated with the family of Pasteur institutes (Paris, France). Groups from IM participate in the realization of projects financed by national, bilateral and international scientific programmes (EU, NATO, UNESCO). The IM provides governmental and private organizations with expert valuations and assessments concerning healthcare, agriculture, food industry and environment preservation. The P3 itself (PI: Assoc. Prof. Dr. Milen Georgiev) is dedicated to plant biotechnology and metabolomics, with two main research foci: (1) identification of new plant metabolites with potential applications in biotechnology and medicine and (2) production of natural compounds with pharmaceutical relevance. Dr. M. Georgiev is a young but highly experienced and decorated scientist, with 80+ scientific publications and 4 monographs, as well as postdoc positions in Germany and The Netherlands (including three Marie Curie fellowships). Dr. M. Georgiev received several awards, including the prestigious national prize “Pythagoras” in 2011 (for the best young Bulgarian scientist) and in 2015 (for the established scientist), the only Bulgarian scientist to receive this award two times.

University of Potsdam (UP), Potsdam, Germany

The University of Potsdam (UP) is the largest university in the federal state of Brandenburg, Germany. Since 2017, UP has been recognized as one of the 251-300 globally leading universities by the highly respected THE-Ranking. Having students and employees coming from different parts of the world, UP has developed as an ‘International community’. In the “Gründungsradar”, the national founders rating of the Stifterverband in Germany, UP reserved the second place in 2016 and the third in 2018 (both times together with the Karlsruhe Institute of Technology) which is highlighting the entrepreneurial and founding culture at UP. In 2016, UP was awarded the certificate ´HR Excellence in Research´ by the European Commission.

The Department of Molecular Biology is part of the Institute of Biology and Biochemistry, which belongs to the Faculty of Sciences. Current research interests are plant transcription factors and gene regulatory networks, plant ageing and senescence, mechanisms of abiotic stress tolerance, priming in model and crop plants and plant biotechnology. Since 2013, Prof. Dr. Mueller-Roeber is also leading synthetic biology research, focusing on the development of new approaches for high-throughput multi-gene assemblies for synthetic biology applications and the development of synthetic transcription factors and gene regulatory networks in microbial organisms (S. cerevisiae) and plants.

The department is already involved in national and international projects on the analysis of priming processes in plants (e.g. CRC 973, EU CropStrengthen).

Prof. Dr. Mueller-Roeber headed the 13 Mio. Euro Systems Biology Program GoFORSYS (2006-2011) that included 17 research groups from the University of Potsdam, the Max-Planck Institute of Molecular Plant Physiology and the MPI of Colloids and Interfaces, and a company from the metabolomics field as partners. Prof. Dr. Mueller-Roeber co-heads the International Max Planck Research School ´Primary Metabolism and Plant Growth´ (IMPRS-PMPG), jointly initiated by the MPI of Molecular Plant Physiology and UP in 2007.

Besides others, he is/was member of the DFG Senate Commission on Genetic Research (2010-2017), Deputy Head of Germany´s BioEconomyCouncil (BioÖkonomieRat; from 2009-2011) where he also headed the Expert Group ´Plant Innovation´, Member of the Scientific Advisory Board of the European Joint Programming Initiative ´Agriculture, Food Security and Climate Change´ (2009-2011), Member of Acatech – German Academy of Science and Engineering (since 2006), Member of Berlin-Brandenburg Academy of Sciences, Berlin, Germany (since 2003). 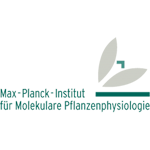 The Max Planck Institute of Molecular Plant Physiology (MPIMP) Potsdam-Golm (P5), part of the larger Max Planck Society for the advancement of science, is located in Potsdam-Golm and currently employs about 360 people from all over the world. The MPI-MP investigates metabolic and molecular processes in cells, tissues, organs and whole plants. The overall goal is to understand how growth and metabolism are regulated, to learn how they respond to environmental factors, and to unravel genetic factors that underlie these processes and responses. Since the institute was founded, the main emphasis of the institute has shifted from the analysis of central metabolic pathways combined with the analysis of gene function to the development and implementation of phenotyping technologies and system approaches in order to understand how these different processes interact in networks. MPI has state-of-the-art laboratories and plan growth facilities on about 6,000 square meters of floor space. In addition to the 1,000 m² fully climate controlled greenhouse (run by a dedicated green team), there is also 500 m² phytotron area plus a summer greenhouse and a 5 ha field side. The Plant Cultivation Facility Group provides services including development of plant cultivation protocols, practical assistance during experiments, biometric advice, and assistance with Agrobacterium-mediated plant transformation. Three rooms and three staff members are devoted exclusively to media and lab ware preparation. Arabidopsis thaliana, tobacco, tomato, potato, rice, maize, Cucurbitaceae, sugar cane, Medicago, Lotus, Oenothera and Thellunginella species are routinely cultivated throughout the year.

PlantaSYST has received funding from the European Union’s Horizon 2020 research and innovation programme, project PlantaSYST (SGA-CSA No. 739582 under FPA No. 664620), and the BG05M2OP001-1.003-001-C01 project, financed by the European Regional Development Fund through the “Science and Education for Smart Growth” Operational Programme