CPSBB was awarded for “Building of the Year 2022” 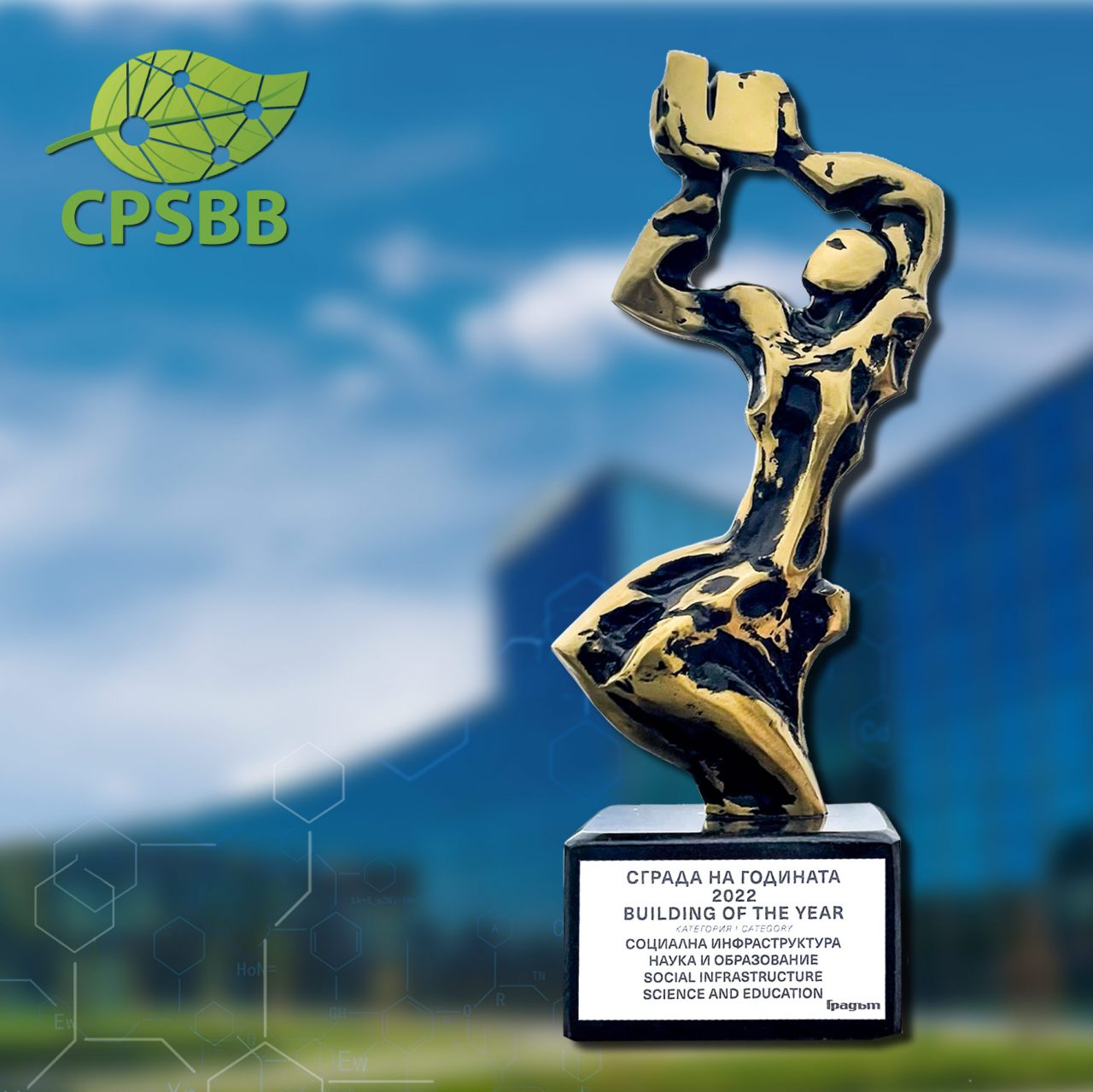 The newly built scientific campus of CPSBB in Plovdiv was awarded for “Building of the Year 2022” in the category “Social Infrastructure – Science, Culture and Education”. The award was handed to Assoc. Dr. Vasil Kolev, Project Manager at CSBB, during an official ceremony in Sofia. The project of the building is realized by the architects Mr. Ilko Nikolov and Mr. Stoyan Todorov.

The scientific campus is built under the project PlantaSYST. The project is financed by the European Commission under the “Horizon 2020” program with the amount of BGN 30 million, and the newly constructed building in Plovdiv is built with co-financing in the same amount from the OP “Science and Education for Intelligent Growth”. The scientific campus is located in the “Trakia” district of Plovdiv on land with an area of ​​23,477 sq. m., provided by the Municipality of Plovdiv. The total built-up area of ​​the building is 10,032.93 sq.m.

The idea to create the Center and gather a consortium behind the PlantaSYST project was an initiative of the coordinator of the project and Director of the Center – Prof. Dr. Tsanko Gechev. In 2014, two established scientific organizations from Germany (Max Planck Institute of Molecular Plant Physiology and Potsdam University), together with three Bulgarian scientific organizations (Institute of Molecular Biology and Biotechnology, Institute of Vegetable Crops “Maritsa” and Institute of Microbiology “Stefan Angelov” at the BAS) joined together in a consortium to create a Center for Excellence in Plant Sciences in Plovdiv.

“This award is a recognition not only for the efforts of our team, but also for the Bulgarian science in general. Bulgaria already has a Center of Excellence in the field of plant science, which is equal to established scientific centers of excellence worldwide. Our country is already on the map of world science at the highest level and will further attract qualified scientists from Bulgaria and from all over the world, who will implement their scientific discoveries in the country”, says Prof. Dr. Tsanko Gechev, Director of the CPSBB.

The building has 6 research laboratories and 8 air-conditioned rooms equipped with the cutting-edge technologies, as well as two greenhouses with a total area of ​​4,000 sq.m. Each greenhouse consists of 12 sections with individual air conditioning. The administrative corpus of the building includes offices, an amphitheater conference hall with 300 seats and four classrooms with 80 seats each.

During the short period since its foundation, the CPSBB has already established itself as a leading institute of plant sciences, with high scientific productivity and international visibility. Currently, the Center partners with Bulgarian and international organizations for project activities and services in the field of plant biotechnology, bioinformatics and metabolomics.

You can watch the video of the ceremony award here

previous
CPSBB was nominated for Building of the Year